Meet the experienced and friendly doctors who make EyeCare Associates one of the leading provider of vision care products and services in York. 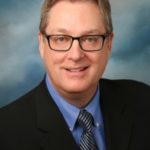 Dr. Richard Kant graduated from the University of Houston College of Optometry in 1981. Before that, he obtained a Bachelor of Science degree from the University of Nebraska in Lincoln. Currently, Dr. Kant is a member of the American Optometric Association & the Nebraska Optometric Association.
As an involved member in the community, you might know him from the Optimist Club, Emmanuel Lutheran Church, or the golf course.
Practice life began in York in 1981 when he was first associated with Dr. James Stansberry. In 1998, Dr. Kant merged his practice with Dr. Don Witte to form EyeCare Associates LLC.
Dr. Kant enjoys golf, yard and garden work, and college athletics in his spare time. Go Big Red! 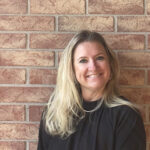 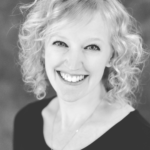 Dr. Faith Schneider grew up on a farm outside of Deshler, Nebraska. After high school, she attended the University of Nebraska-Kearney where she competed on the cross country and track teams and earned her Bachelor of Science degree in Health Science. She obtained her Doctorate of Optometry from the University of Missouri-St. Louis College of Optometry in the spring of 2012. After optometry school, Dr. Schneider completed a one-year residency program at the University of Missouri-St. Louis College of Optometry, specializing in pediatrics/vision therapy/binocular vision disorders/learning-related vision disorders.
She enjoys working with patients of all ages and is passionate about helping children with vision processing disorders that make learning a challenge.
She is a member of the Nebraska Optometry Association, American Optometry Association, and American Academy of Optometry.
In 2015, Dr. Schneider moved from Ogallala to be part of the York community with her husband, Ryan, and their four children, Joel, Molly, Bode, and Maggie.
In her free time, she enjoys reading, running, and spending time with her family.

You can schedule your next eye exam with us online!